1. Green Lane was once an ancient track way dating back over two thousand years. It was used by farmers for transporting their crops and by shepherds for herding their sheep to market. It was developed in the 1920’s with the house and road building that you can see today.

2. The Hermitage bridge marks the northern border between Norbury and Streatham. There has been a road bridge over the Norbury Brook here since the 1500’s. From the early 1800’s and until 1862 a toll gate and toll house existed here and travellers had to pay a fee here to continue their journey through Norbury.

3. Trams first ran in 1902 from Croydon to the Norbury tram exchange that was situated just to the south of Hermitage Bridge. From here passengers had to change trams to continue their journey into London because the Croydon trams and the London trams were run on different systems and the London Trams did not come south to Norbury until 1909. In 1926 the tram systems were joined up and the trams ran until 1951.

4. The A23 London Road through Norbury was built over the route of the original Roman Road that was constructed here during the 1st Century A.D.

5. From 1337 until 1856 the ‘Carew’ family were lords of the manor of Norbury and owned most of the land apart from a 17 year period from 1539 when Nicholas Carew  fell out of favour with king Henry Vlll. He was accused of treason and he was beheaded at the Tower of London

6. The last manor house of Norbury was Norbury Hall which was built in 1802. The manor house was situated on a large estate where Craignish Avenue is today and it’s garden contained a lake and a cricket ground. Norbury Hall still exists today as a residential home although much of the garden was sold off in the 1950s and it became a public park.

7. Norbury Railway Station. The first Norbury Railway Station was built as Norbury Halt in 1878 to allow the race horses and horse racing fans to disembark the trains and exit the station down the gently sloping inclines. The station that you see today was built in 1902 with the two extra platforms and the railway tracks increased from two sets to four sets and an extra bridge span built across the London Road to carry them.

8. The Streatham Races were held in Norbury between 1870 and 1880 four or five times a year usually over a three day race meeting. The race course was situated with the grandstand in the Northborough Road area and the race course covered the area down to Rowan Road, then north towards Streatham Vale and then south east across Isham  Road back to Northborough Road.

9. Sir Kingsley Amiss CBE lived in Norbury from 1922 at Buckingham Gardens and then at Ena Road and later at Galpins road. He studied at Norbury College that was a large Victorian building situated on the London Road at the corner of Norbury Court Road.

10. Samuel Coleridge – Taylor the famous composer lived at ‘Hill Crest’ a large Victorian house on the corner of Ederline Avenue and the London Road and during this period he composed several pieces of music including ‘A tale of old Japan’. He is reputed to have said at the time that the traffic (horse and cart) along the London Road was too noisy and in 1910 he moved to St Leonard’s road Croydon. 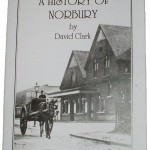 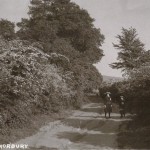 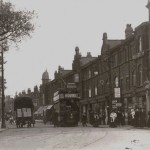 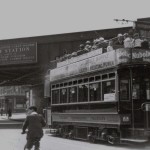 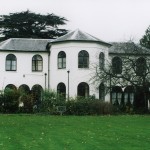 If you find this article about the history of Norbury of interest then all of this information and lots more is contained in a recently published book ‘A History of Norbury’ by David Clark which is on sale at Showells Newsagents priced at £6.00